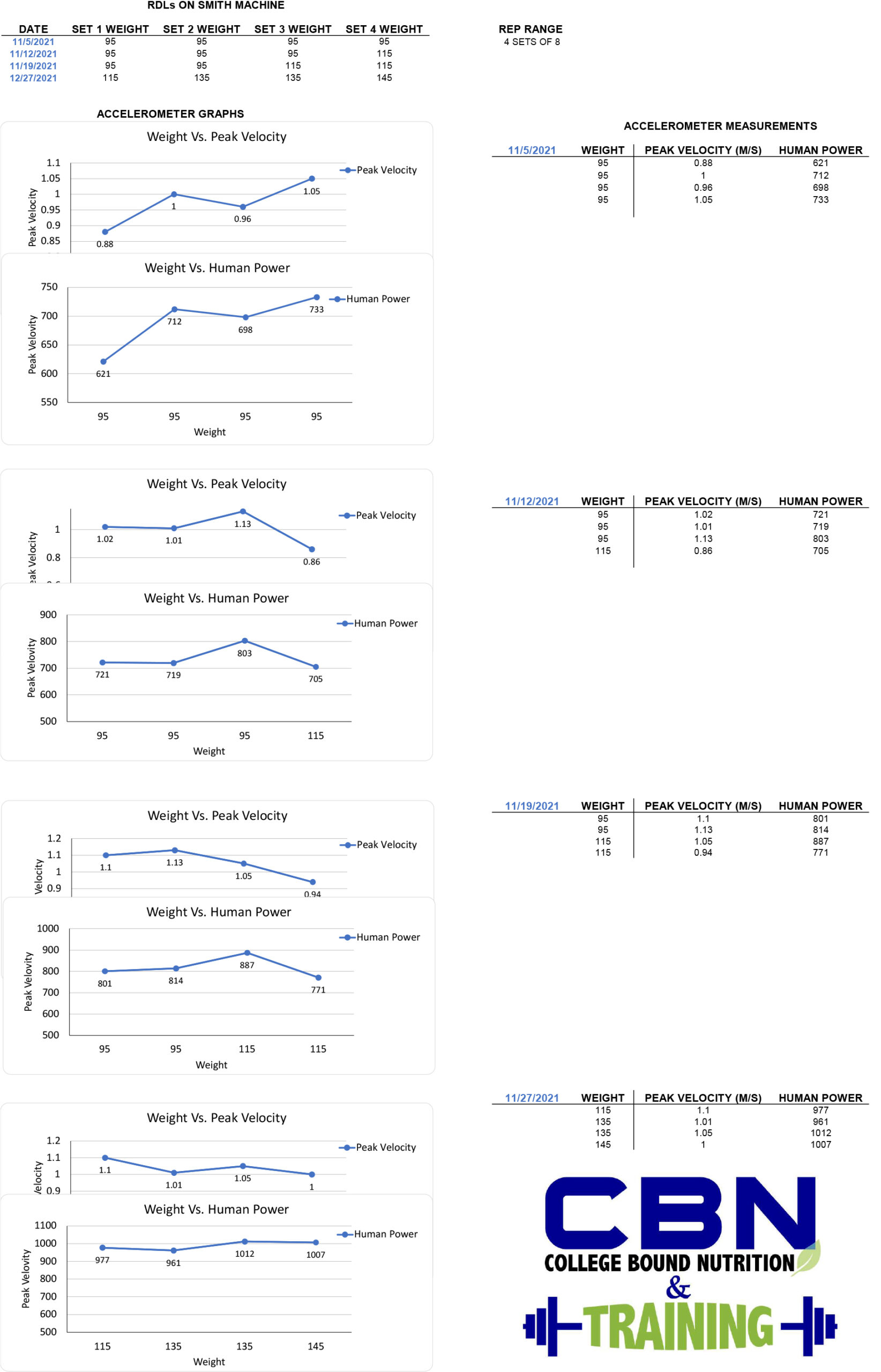 This is Eddie, an average 16-year-old male who plays Defensive Linebacker and Tight End in Freehold NJ. Eddie has prior Football training and some experience working out by himself in the weight room. Despite this, he is unable to execute the skills he has been taught with flawless precision. Eddie’s parents are making an investment for his High School and hopefully Collegiate athletic future with Human Power Training (HPT). In 4 short weeks, 12 total sessions, you can see the effect HPT has had on Eddie and how it has translated into his game at the end of the season.

This chart is an example of only 1 exercise out of 23 total that Eddie has performed in this past 4-week period. Each workout is specifically designed for the sport the individual is playing. In this case the workouts that Eddie does are designed specifically for Human Power Training developments for Football Players.

Within the 4 weeks that Eddie has been training to improve his HPT output, he stood out more to his coaches and was able to play in more games towards the end of the season. Eddie went from not being able to shoot through the gap in the offensive line against his teammates in scrimmages, to being able to break through almost every time within the 4 weeks he was training.

This was showcased in one of Eddies last games of the season while playing linebacker. He was able to read the play and saw that the defensive linemen were going to have a gap and the opposing running back was going to shoot through and gain yards. Eddie was able to move in an instant because of his increases to his Human Power Output and tackle him down without the other team gaining any yards. This happened 2 more times throughout the game and Eddie was able to read it and react in the snap of a finger every time.

While this might seem like a routine play for most people in his position, the explosiveness and Human Power that Eddie was able to output in those split-second situations were not possible for him 4 weeks prior. This was possible because of the increases in his Human Power output in the Sport Specific HPT Football Exercises he has been performing. Again, within the span of 4 weeks, Eddies overall Human Power output increased by 38% and this translated into him making plays in pressure situations that were not possible before!

Overall, the improvements with Eddies Human Power Output have transferred over to his skills on the field and he is able to execute the skills that were taught to him with greater precision.