What makes Human Power Personal Youth Athletic Training in Shrewsbury different than any other type of training offered in our area? We’re D1 Full Ride Athletes who have done what your child wants to do – play High Level College Sports – if that is not what you or your child is trying to do, we’re not insulted but please look for another type of training. You know the saying “Been There Done That” most trainers mean well, read lots of books, and watched videos on how to train. But until you walk in those actual shoes you don’t really know what College Coaches want from players.

If this kind of Youth Athletic Training in Shrewsbury is what you’re looking for read on! We’re going to give you the cliff notes about John, a standout 13-year-old male who plays Middle School and Travel Baseball from Freehold NJ and a link to how his Human Power has progressed and how it translates into the sports he plays.

John is not a “fictitious endorsement”, YES John is real, and we can provide you with his parents contact information if you like and they can tell you how College Bound Nutrition & Training has helped their son over other performance training in Shrewsbury.

Back to John our Middle School and Travel Baseball player from Freehold NJ! John has had great Baseball training, but like most 13-year-olds is unable to execute the skills he’s been taught with flawless precision. John’s parents are making an investment for his High School and hopefully Collegiate athletic future with Human Power Training (HPT). In 3 short weeks, just 9 total sessions, you can see the effect HPT has had on John, more so than any other personal training in Shrewsbury he has had. 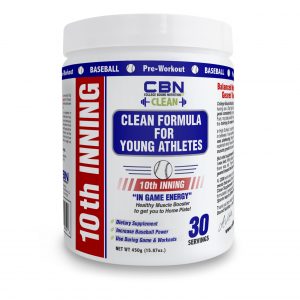 Within the 3 weeks that John has been training to improve his HP output, he has been able to make stand out plays in High Pressure Tournament games and leave people in awe. He is better able to keep up with faster throwing pitchers and make solid contact with the baseball. In addition, John is now able to explode and make plays in the field in the snap of a finger that were close to impossible for him 3 weeks prior. These kinds of results are impossible to make in group training sessions, because CBN focuses only on Youth Personal Training in Shrewsbury our athletes tower over the competition.