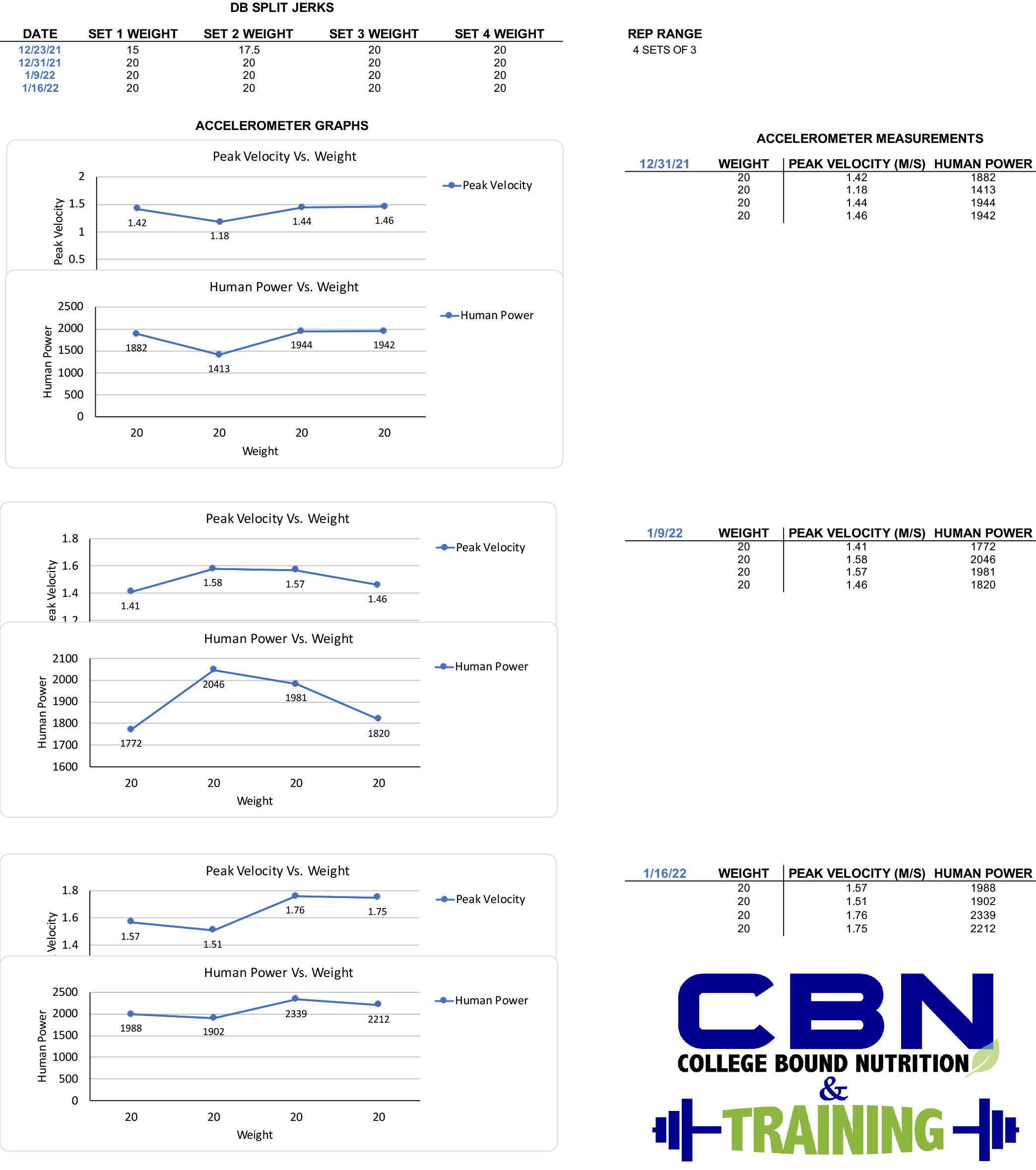 This is Chase K., an average 13-year-old male who competes in wrestling in Freehold, NJ. Chase had great wrestling training and some experience working out in the gym. It helped carry him in his career so far, but he wants to get stronger and more explosive. He is able to execute the skills that were taught to him, but not yet with flawless precision. Chase’s parents are making an investment for his High School and hopefully Collegiate athletic future with Human Power Training (HPT). In 4 short weeks, 12 total sessions, you can see the effect HPT had on Chase and how it has translated into his performance towards the end of his season.

For the final week of the 4-week period, Chase had the biggest improvement by far in both of his metrics. Still sticking with a weight of 20 pounds, Chase was able to yield a Peak Velocity output of 1.76 M/S and a Human Power output of 2339. This was an increase in his Peak Velocity by 11.40%, and an increase in his Human Power output by 14.32% compared to the previous week’s recording!

Chase’s overall Peak Velocity increased by about 21% and his Human Power output increased by 20%! Within these 4 weeks that Chase has been training to improve his HPT output, he has been able to stand out more to his coaches and was able to wrestle at a higher weight class because he was winning too easily in his current. This meant that he was at a weight disadvantage, having to only wrestle other athletes that were bigger and weighed more than him.

Chase’s newfound quickness and power have enabled him to not only compete in a higher weight class, but also be able to continue to win despite the disadvantage, pinning the majority of his opponents!

This was showcased in the Jersey Shore Finals where Chase competed to close out his winter wrestling season. Chase had wrestled an opponent in his original weight class but was unable to ever come away with a win. The athlete had moved up a weight class and would not have been wrestling against Chase, but since his coaches had him moved up, they met in the tournament. Chase was able to not only beat the opponent, but he had pinned him in the second round. This would not have been possible before, but, due to Chase’s increase in his Human Power Output and improved quickness, he was able to come away with the win! Chase ended up taking 4th in the tournament having wrestled a weight class above his the whole time. Again, prior to this Chase’s overall Peak Velocity increased by about 21% and his Human Power output increased by 20%! This helped him overcome many obstacles with wrestling at a constant disadvantage!

The improvements with Chases Velocity and Human Power have transferred over to his skills on the mat and he is able to execute those skills that were taught to him with greater precision!